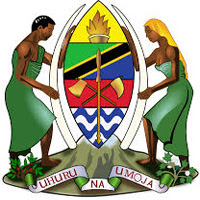 LINK 3: CLICK HERE FOR SECONDARY SCHOOL TEACHERS
=========
ABOUT THE MINISTRY OF EDUCATION

Education before Independence
Traditional Education: The history of education on the Tanzanian mainland is divided into two parts that are before and after independence. Before the coming of the foreigners to the Tanganyika shores, each tribe had its own system of indigenous knowledge. Traditional education was a result of daily livelihood activities of various ethnic communities. It included knowledge, skills, values, culture, techniques and social protection procedures against plagues such as hunger,disease and hostile social security.This knowledge was transmitted and inherited from one generation to another. Lessons were peer-based and delivered by adults at home, at work and in other available spheres. With the commencement of colonial rule, this education system began to change in its goals and delivery.
Education during the Colonial Period: The first foreign visitors to the mainland were the Arabs who subsequently followed by the Portuguese, Germans and British. They took turns in ruling either parts of the country or the whole country. With each regime, the education system changed according to their interests regardless of what was beneficial to the Tanzanian mainland. The schools differed in terms of their goals, curriculum, qualifications and teaching professionals, language of instruction and the quality of school infrastructure and teachers’ houses.

The coming of the Arab rule initiated Quranic studies. This education emphasized the propagation of Islam and the Arab culture. The German and British administration was preceded by the arrival of the missionaries. When they arrived, the missionaries offered classes based on their faith and the history of their countries. Education delivered by these missionaries asserted the propagation of Christianity. The German administration emphasized education in skills, knowledge, occupational training and good citizenship with allegiance to the German Government. The British education system in Tanzania Mainland was racist and it provided opportunities and better educational materials for European and Asian children than their African counterparts. The main goal of education was to get the African workers who would serve in protecting the interests of the colonial rule, consequently making the African elite dependent.


VISION
“An educated Tanzanian with the requisite knowledge, skills, ability and positive attitude that add value in National development.”


MISSION
“To put in place and  strengthen structures and procedures which will enable a country to get educated and  continuous learning Tanzanians that add value in National development.”