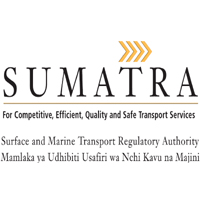 Duties and Responsibilities
The Director General shall be
responsible for:
a) Leading the top management team in formulating the overall
business plans and advise the Board of Directors on strategic corporate plans,
objectives and policy guidelines;
b) Ensuring effective implementation of the
Surface and Marine Transport Regulatory Authority Act, 2001 as amended;
c) Reporting
on performance and other statutory requirement to the Board of Directors and
other relevant stakeholders. In this regard, he will be responsible for
ensuring accurate and efficient financial and personnel management, accounting
and auditing systems of the authority;
d) Providing linkage between the
authority, the Board, the Government and the General public on the affairs of
the Authority;
e) Maintaining the integrity, transparency and accountability of
the Authority; and
f) Performing any other duties as assigned by the Minister
in accordance with SUMATRA Act, 2001.

2.0 Minimum Qualifications
The minimum qualifications for
persons seeking appointment of the Director General are:
a) Graduate from a
recognized university, a masters degree will be an added advantage;
b) Possess
at least ten years experience in one or more of the field of management, law,
economics, finance or engineering;
c) Have knowledge of the industry;
d)
Satisfy the nomination committee that he is unlikely to have a conflict of interests
under SUMATRA Act, 2001;
e) willing to serve as Director General;
f) Well
suited to perform the functions and duties of the Director General competently
and honestly.

3.0 Personal Attributes
4.0 Remunerations
The Director General shall receive a
competitive remunerations package as may be determined by the Board of the
Authority from time to time.

5.0 Mode of Application
All applications; including detailed
curriculum vitae with one passport size photograph, photocopies of Certificates,
names and addresses of three work related referees with title marked
“Director General-SUMATRA” on top of the envelop should reach the
undersigned before 1500hrs, of 29th December, 2017.