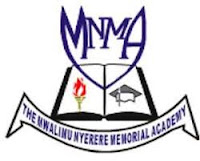 Establishment of the Academy

The Mwalimu Nyerere Memorial Academy (MNMA) is a public higher learning institution which was established by an Act of Parliament No. 6 of 2005. The Origin of the Mwalimu Nyerere Memorial Academy is Kivukoni Academy of Social Sciences.The Academy was renamed “The Mwalimu Nyerere Memorial Academy – MNMA to honour and recognize the contribution of Mwalimu Julius Kambarage Nyerere as the Father of the Nation and the Founder of Kivukoni College. MNMA was established to provide training in various Social Sciences and other branches of knowledge that are relevant to the promotion and advancement of social, economic, political and technical development of developing countries. The Academy has two Campuses namely Kivukoni located at Kigamboni, Dar es Salaam, Karume Campus which is located at Bububu, Zanzibar and one branch located at Chake Chake, Pemba.

To become a centre of excellence for knowledge acquisition and adoption which provides education and training for creativity and innovativeness this promotes peace and national unity.

To dedicate itself to the advancement of lifelong learning through excellence in teaching, research, consultancy and public service in a challenging and supportive learning environment in which the pursuit of knowledge, creative enquiry, critical thinking and applied skills are cultivated and sustained.

Deadline for applications is 20th February, 2021.

All applicants should channel their applications to:

The deadline for submitting the application is 20 February, 2021